I am currently the artist-in-resident at the Michelin-starred Pied à Terre restaurant with some of my food paintings installed there and have finished a documentary on the restaurant. Its official premiere will be held at Gallery Different on June 6 during a special one week exhibition of my paintings. Blanche Vaughan, food editor of House and Gardens https://blanchevaughan.wordpress.com/about/, will present the film and moderate the discussion about quality food producers and the role of quality restaurants in sustaining those producers and the rural environment. Owner David Moore, Yun Hider of The Mountain Food Company, Alasdair Hughson of Keltic Seafare, and Richard Vaughan of Huntsham Court Farm, all featured in the documentary, have confirmed that they will be attending the event.

Port wine will be kindly provided by the Douro winery Quevedo http://quevedoportwine.com/ and Casa Leal http://www.casaleal.co.uk/

The documentary looks at the restaurant’s relationship with a few of its forty suppliers and how that contributes to a sustainable food system. We often disassociate sustainability with high-end restaurants but their need for top quality produce means that they help maintain many small rural businesses that in turn maintains rural life and communities. 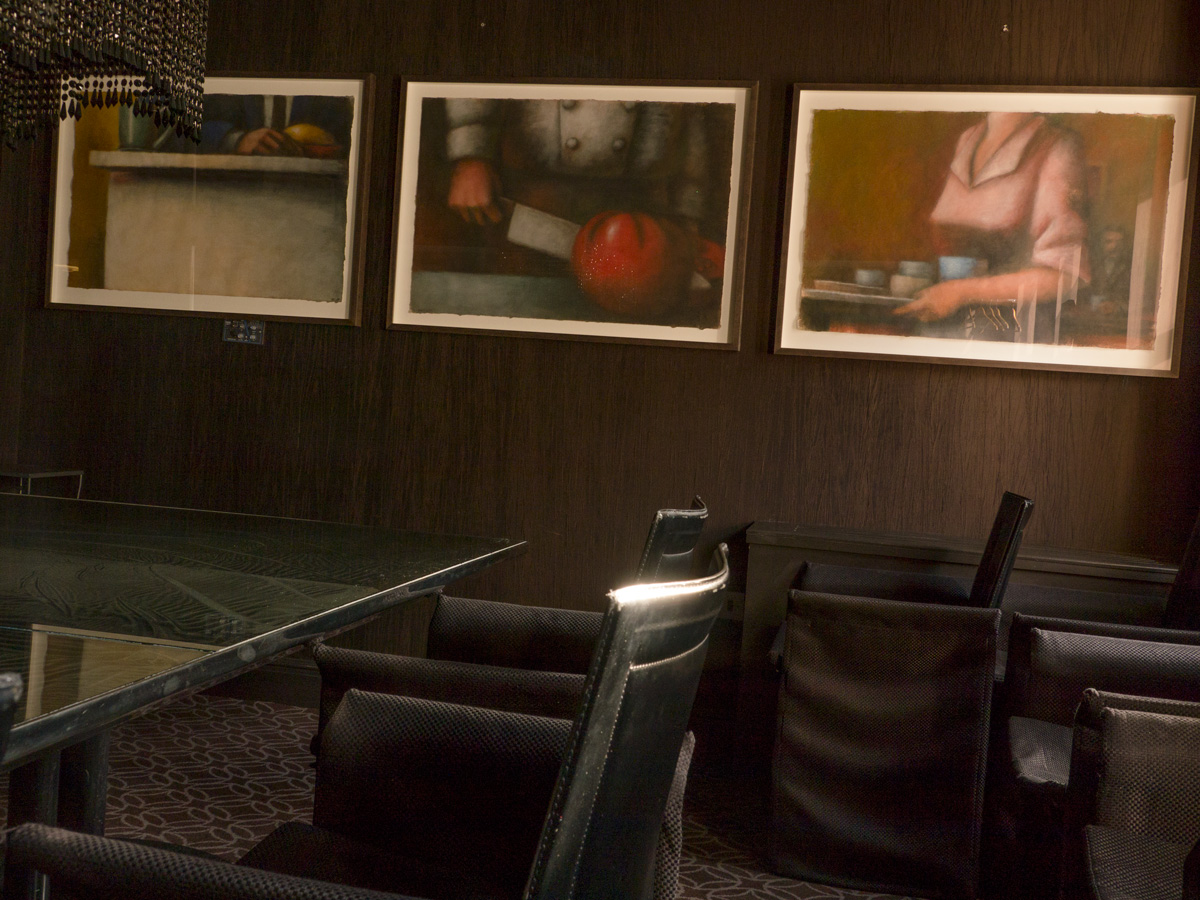 This entry was posted in art, documentary, food. Bookmark the permalink.